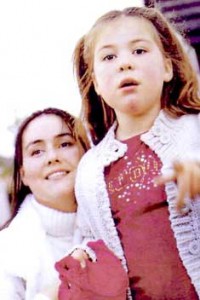 The first person to realise that something wasn’t quite right with Elisha Edwards was her mother Anna. This was when Elisha was just a week old.

“From the moment Elisha was born, she seemed to be in pain,” says Anna, “she would look like she was trying to scream, but wouldn’t make a sound. It was a terrifying experience.”

Over the weeks and months that followed, Anna’s worst fears were realised. Elisha was constantly ill and seemed always to be in severe pain. She would become exhausted by throwing herself around violently and never seemed a happy baby.

Elisha underwent a series of medical tests. She had complex personality disorders and a range of disabilities and illnesses such as partial deafness – though there was no single diagnosis for her condition, nor was there a prognosis for the future.

By the time she was 14 months old, Elisha hadn’t developed at all from the new-born baby stage, but was still showing the same signs of intense frustration and inexplicable anger with the world.

In desperation, Anna enrolled Elisha in a school for children with special needs, where she made a little progress, though she remained severely disabled.

By the time Anna came to BIRD, she was at her lowest ebb.

“When I came to BIRD, I realised that for the first time since Elisha’s birth, somebody at last seemed to realise what I was talking about. To know that someone out there knew what I was going through made me feel for the first time, that we weren’t completely alone,” she says.

Elisha’s behaviour was at the absolute outer boundaries of what we are used to dealing with. She would scream almost constantly, throw tremendous temper tantrums every few minutes and would lash out at others and attack herself. She couldn’t walk independently and was very limited in the use of her hands. She was unable to communicate well; using only single words. Her attention span was extremely short, making it virtually impossible for her teachers to help Elisha make any educational progress whatsoever.

BIRD’s treatment takes the brain back to its basic development with premature reflexes which children like Elisha have never learned how to inhibit as they grow. The specifically designed exercises gradually “re-educate” the reflexes. Anna was determined to follow the exercises to the letter in a last-ditch attempt to improve Elisha’s life.

“I’m not the type of person to look for miracles, but nothing prepared me for the instant and profound effect that the treatments had on Elisha. The improvements were really quite staggering,” she says.

“Her speech became clearer from the start, the tantrums gradually stopped and after a few months she was walking with a frame. When one of her teachers said what on earth has happened to Elisha?’, I knew we were on the road to recovery!

“Since the BIRD exercises began, I can quite honestly say that there have been improvements week-on-week. She is improving all the time. She plays tambourine and sings now and she was even told off for running down the corridors at school! I simply can’t understand why more people don’t know about the wonderful work being done by BIRD.”