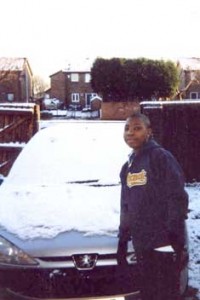 Suffering a stroke is a tragedy at any age; however, being struck with a stroke at the age of just 6 is a particularly cruel blow for any family to deal with.

It was precisely this which happened to Ify from Manchester. An accident when he was playing severed his carotid artery and he suffered a stroke, which tragically left him paralysed down his left side and impaired his ability to attain educationally.

As if Ify didn’t have enough problems with his subsequent physical difficulties; he also began to suffer bullying.

Every area of Ify’s life was affected; walking, dressing, bathing, eating and other self-care issues became a daily struggle for him and Mum, Chiz

After what seemed like an age of being told that Ify would make no improvement, Chiz brought him to BIRD for an assessment.

“BIRD offered us a lifeline; we were given the gift of hope where previously all hope had been thought lost” says Chiz.

Three weeks into treatment, Ify was amazingly able to flex his left ankle for the first time since his stroke and 9 months on is still making regular small improvements.

Chiz was impressed by the results – “You have to be really committed to doing the treatment on a daily basis whilst on programme at BIRD. It’s a case of building a new routine into your life but its well worth it!”.

Chiz says that BIRD has given Ify more self esteem, she has also noticed improvements in his education ,particularly in his maths and art work at school.